SARA, located at the junction of Cochrane Street and Highway #2, is Glenboro’s most obvious attraction. The camel is emblematic of the Spirit Sands (commonly referred to as the Manitoba Desert) located just six miles north of Glenboro in nearby Spruce Woods Provincial Park.

SARA was created by Mr. George Berone of Berone Sculptures in Winnipeg Manitoba in the summer of 1978. SARA arrived in Glenboro on Wednesday, October 11th, 1978 in two pieces, strapped to a flatbed truck. She had to be reassembled before being permanently mounted on her concrete base the following day. The camel is approximately 17? high, weighs over a ton and cost approximately $9,000 at the time. The camel was a project of the Glenboro and District Chamber of Commerce. SARA has been used to promote the Glenboro area ever since and is widely recognized as a symbol of our community and the Spirit Sands. 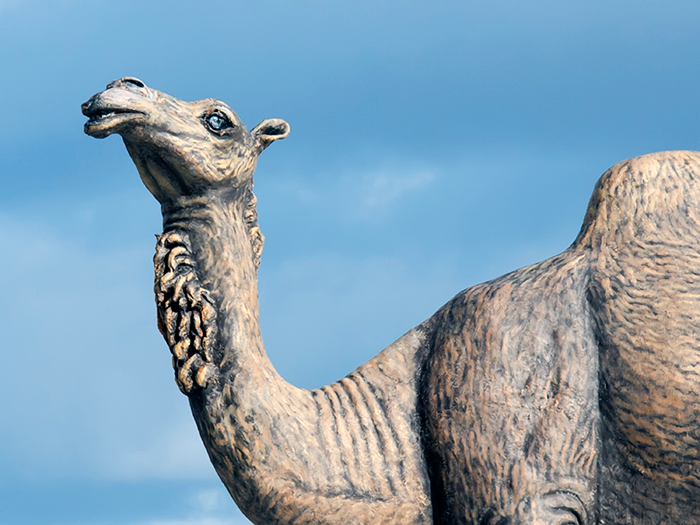